During the first 12 years of their lives, 90 percent of what children learn is by sight. The foundation of a child’s learning happens before age 5. Basic daily functions, like tying shoelaces or washing hands, are mimicked by watching others. Without the proper care and early education, the visually impaired child’s developmental skills will fall behind their peers.

“A parent’s first interaction with a blind person is usually their own child,” said Chuck Rogers, Chief Technology Officer at Hatfield Media. “The ‘Expanded Core Curriculum’ offers tips and techniques for caregivers and brings awareness to the visually impaired community.”

Hatfield Media recently produced a twenty-minute educational resource video for Visually Impaired Preschool Services (VIPS). The video will be used by parents and professional VIPS partners to advocate on behalf of children with limited or no vision.

SERVING YOUR COMMUNITY'S CHILDREN SINCE 1985

The organization’s mission statement is “to empower families by providing educational excellence to young children,” and at the heart of VIPS lays a desire to reach beyond Kentucky and Indiana. In order to serve visually impaired children across the United States and abroad, VIPS decided to turn their unique curriculum into an educational video resource.

Directed by Hatfield Media, the Every Child Can! Video Series: “Expanded Core Curriculum” concentrates on teaching methods for low vision preschoolers. These strategies provide a holistic education for the visually impaired child, who requires assistance with both academics and essential life skills. The “Expanded Core Curriculum” addresses nine critical skill areas these students must learn in order to find success in school and in life.

Rogers said filming and editing took place over the course of two years, as the Hatfield team shadowed the-day-in-the-life of the VIPS community. VIPS teachers and students are featured in the video, as well as local ophthalmologist Dr. Ashima Gupta. The product is available on VIPS online store in both Spanish and English languages, with English closed captions and Spanish subtitles in accessibility features. Douglas Grillo, Video Producer for Hatfield Media, provided the Spanish voice over with his wife Keyla, in addition to motion graphs work.

Hatfield worked closely alongside VIPS Special Projects Coordinator Pauletta Feldman, who was with the organization since its early beginnings as a community of parents in 1984. Her son, Jamie, was a member of the school’s first graduating class. Since raising Jamie, Pauletta has continued to set up education opportunities for families like hers.

“I felt the need for more informational resources first-hand as a young mom with a totally blind baby,” Feldman said. “The written materials published back in the 1980s were not so much directed toward parents. At the time VIPs developed, the whole educational field started realizing that parents of disabled children needed a head-start.”

Feldman said that when VIPs started reaching out to communities throughout Kentucky, they took note of the number of low-literacy families. “Many families struggled to understand the complex reading materials we were providing them. We wanted to create a video that would be easily accessible to everyone.”

This inspired VIPs to create its first video series, Can Do!, which were distributed in 1990 all over the world, reaching Asia, Europe, Australia, and both North and South America. “We were encouraged by the video’s widespread success,” Feldman said. “Even though we originally developed outreach for Kentucky, we saw a great need for these videos.

Over the last decade, VIPS has further developed its curriculum. Feldman believed it was time to produce a new video series to accompany the organization’s advancements, and thus the Every Child Can! “Expanded Core Curriculum” was created. A formal event was held at the VIPS school in Louisville in April 2018 to celebrate the video’s release.

“This new video is unlike anything else you’ll find because it’s really focused on families,” Feldman said. “There are few places like VIPs in the United States today. This is a tool parents can use and then give their child’s teachers, who then can better understand the needs of a visually impaired student.”

Hatfield Media is proud to have partnered with VIPs on this project. Rogers said he is very impressed with the staff and teachers. “I tell them they’re my heroes,” he said. “Pauletta gives so much of her time and does her best to love those kids. She’s one of those people who will give you the shirt off her back.”

Earlier this month, VIPS announced that Hatfield Media was nominated as the 2018 Beacon Award Recipient. The annual Beacon Award was established in 2006 as a way to recognize individuals, companies and civic groups who have helped to further VIPs mission – whether it’s been through the donation of time, talent or treasure. According to Feldman, each recipient has been an integral part of building VIPS to what it is today.

“[Hatfield Media] has never chased after awards,” Rogers said. “It’s an incredible honor and pretty significant that we were chosen.”

Feldman said it was a pleasure to work with Hatfield Media. “I was thrilled to hear Hatfield Media had received recognition,” she said. “The dedication shown by Hatfield in producing our video has provided a beacon of hope for the future of blind children and their families.” 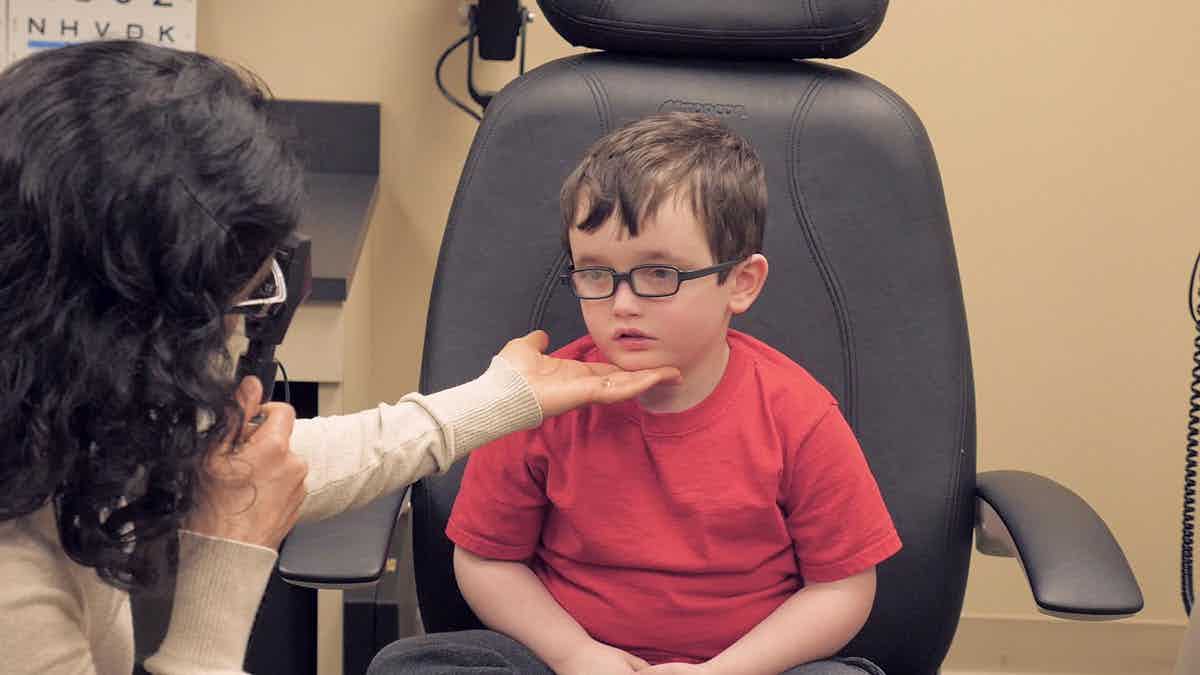 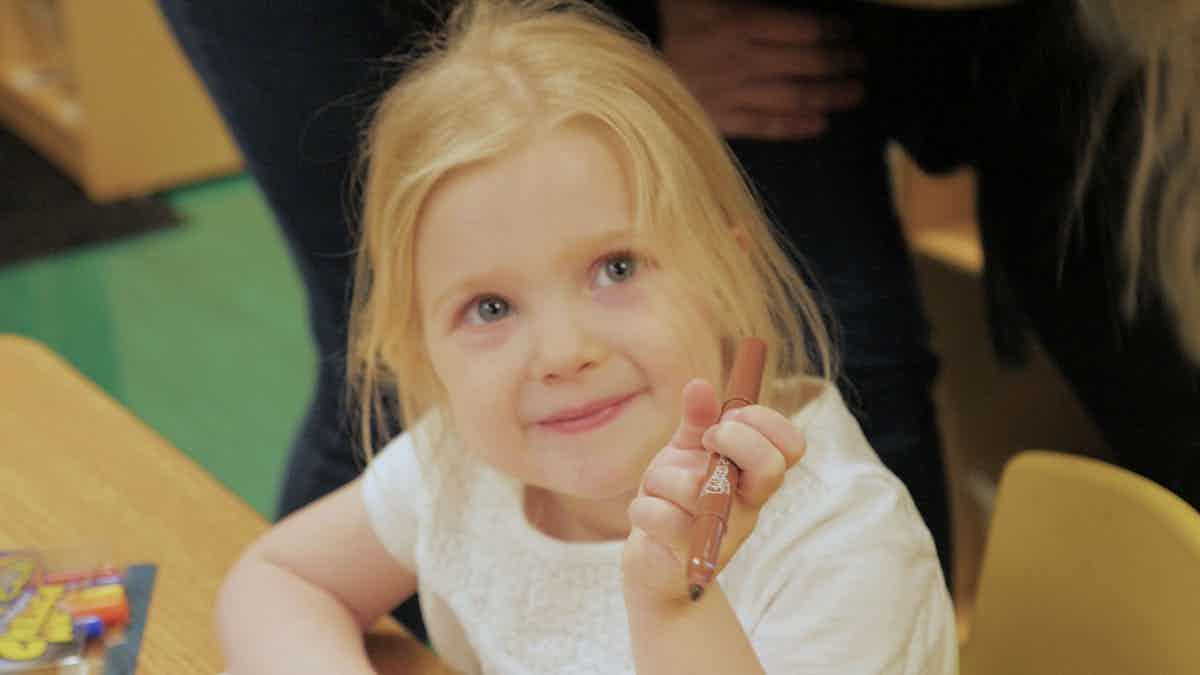 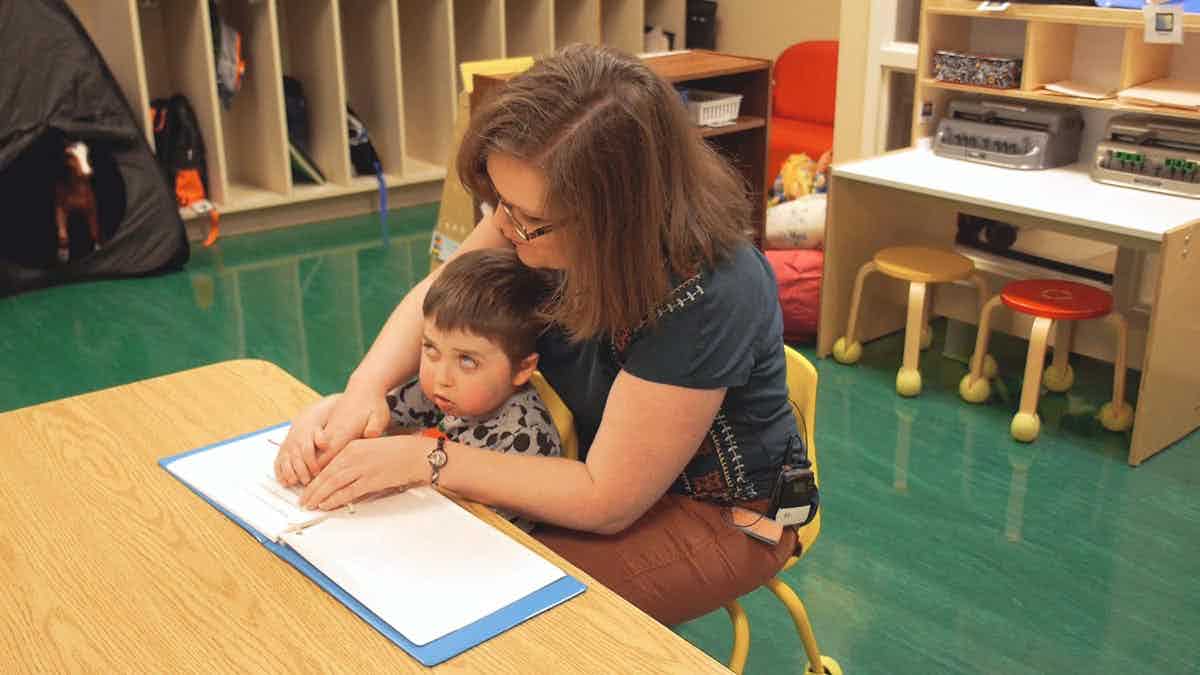