It’s no wonder Kosair Charities has become the leading children’s charity in the history of Kentucky and Southern Indiana. The nonprofit organization has unlocked countless barriers to essential healthcare, research, education, social services, and child advocacy. For almost a century, Kosair Charities has ensured children receive the critical financial support they need most, offering them something invaluable: the means to revitalize their health and well-being. When it came time for a video that could showcase Kosair Kids® Financial Assistance Program and its powerful impact, Kosair Charities called on Hatfield Media to deliver inspiring results.

Kosair Charities began with a fundamental need: a children’s hospital in Louisville, Kentucky; one that would be free-standing, offering specialized medical care. That’s what led Kosair Shriners to secure six acres of land on Eastern Parkway in 1923. By 1926, there was a new facility in place: the Kosair Crippled Children Hospital opened for treatment, set to help patients heal from polio. 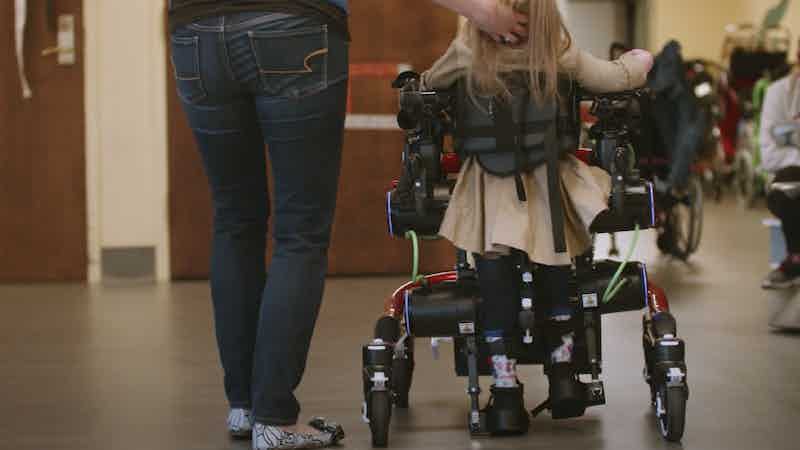 Bolstering their scope of support, Kosair Charities transitioned into a grant-making organization; a platform wielding the potential to make a profound difference. Today, the nonprofit organization grants millions in dollars, assisting over 80 nonprofits across the state. From extending charitable leases to taking on steep medical bills, Kosair Charities has even led the charge to put an end to child abuse and neglect.

The Power of a Single Program: Opening Doors for Hundreds of Thousands of Families

Stephanie Smith, Vice President of Events and Outreach at Kosair Charities, illuminates, “This program has essentially been around since our inception. When operating the Kosair Crippled Children Hospital there was no billing department, so no child would ever be untreated. When we made the switch to a grant-making organization, we knew this program needed to remain in place. In 2020, the Kosair Kids Financial Assistance Program assisted 143 children from 23 counties covering $352,114 in medical bills. This reach was even greater in 2021.” 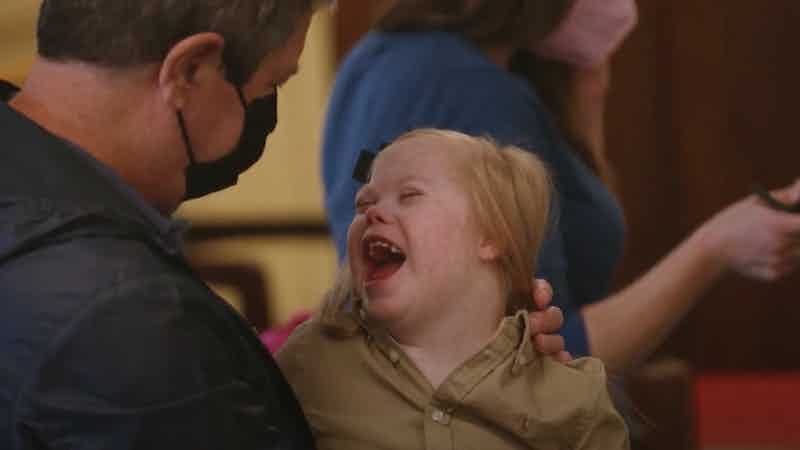 Even in just the last decade alone, “I have seen Kosair Charities focus on the best and most impactful way to help children in our community,” says Smith, adding, ”In 2021, Kosair Charities gave grants to organizations with a focus on healthcare, research, education, social, and child abuse prevention services. These funds reached 119 counties in Kentucky, 10 in Southern Indiana, and have impacted over 202,594 children.”

“The goal is to keep doing what we are doing and continue to do more of it. We would like to help more kids through the Kosair Kids Financial Assistance Program (KKFAP), give more grants, reach more organizations, and in turn, reach more kids,” expresses Smith. Supporting communities for close to 100 years, Smith feels proud of her organization’s tremendous impact, adapting with an “ever-changing and far-reaching” scope of work and influence. “Our goal is to be around for another 100 years to ensure kids in Kentucky and Southern Indiana are healthy, safe, and reaching their full potential,” asserts Smith.

Sharing Sloane’s Story: The Ripple Effect of Changing Even One Family’s Life

Recently, Kosair Charities sought out Hatfield Media’s web development and design services for a modern website refresh. Additionally drawn to Hatfield Media’s work for other clients, Kosair turned to Hatfield’s videography team; looking for a video that could amplify awareness and meaningfully connect with donors. 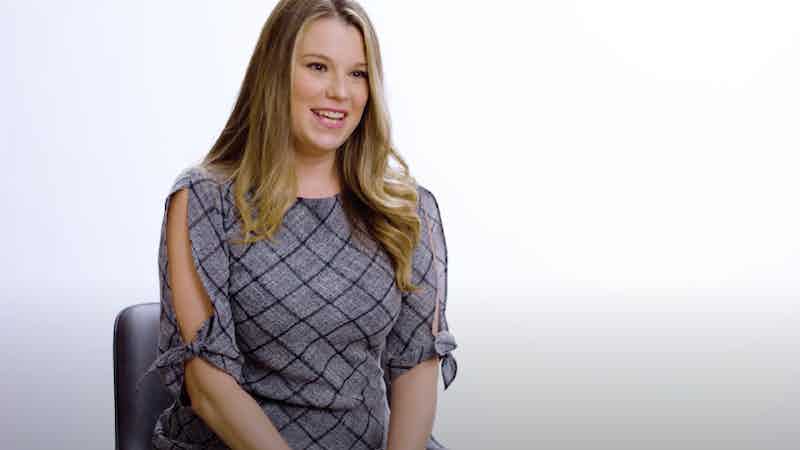 “The goal with this video was not only to show the impact donors made to the Kosair Kids Financial Assistance Program, but to also let people across the state know that this program exists for their use as well. Our goal every year with this program is to reach as many families as possible and cover as many bills as our budget will allow,” explains Smith, who shares that while others “might deny applications based on income levels or what they determine as medically necessary,” Kosair Charities won’t “deny anyone without taking it to the committee for consideration; no matter the ask or income level.”

Kosair Charities chose to share Sloane and her family’s experience, as Smith says, “Sloane has been a Kosair Kid since birth and has been receiving funding through the Kosair Kids Financial Assistance Program for many years. Katie and Nick, Sloane’s parents, do and are willing to try anything that will benefit Sloane’s health and well-being. Sloane is in many types of therapy, including hippotherapy (equine), which is covered by our program. Sloane and her parents have traveled to get the best and most immersive therapies and treatments. We are in awe of their commitment and dedication to making Sloane have the best life possible.”

“We are in awe of all of our Kosair Kids and their parents. Sloane’s story is one of many that show how resilient kids can be and how dedicated their families are. Every day, we see how hard these families work to ensure their children are overcoming obstacles to reach their full potential,” Smith adds, affirming, “Kosair Charities wants to be there to make that journey a little easier.”

The Emotional Impact of Moving Cinematography

Kosair Charities knew that to film Sloane’s poignant story while also conveying their mission to key donors, the effort called for trusted professionals. “We had used Hatfield before and seen their work for others. We love that Hatfield is the whole package. You know you will get top quality work when you work with them, not to mention a full team of professionals,” highlights Smith, who shares, “Not only did we have Hatfield shoot this video, but they also attended event production the first time we aired it. They got to see the reward and reactions to their incredible video.” 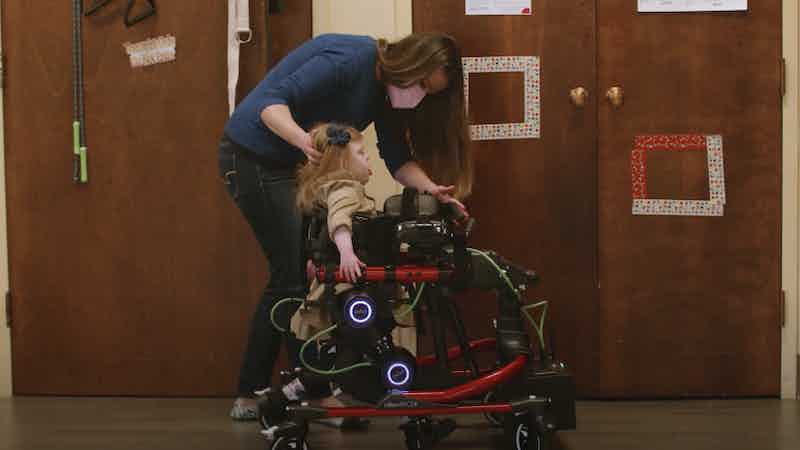 The best videography captures the heart of a story; something that Robbie Myers, Videographer at Hatfield Media, allowed to take the lead. Myers explains, “I knew that the most important part of the video was going to be establishing the relationship between Sloane and Katie. Anchoring the video in that genuine connection was crucial in emotionally reaching the audience. For a viewer to see the love a mother has for her child, especially the joy that a mother must feel in watching her child walk for one of the first times in her life, is a powerful image in any context.”

Smith feels, “I think Kim Panter, our Community Impact Coordinator, does a great job showing these values and communicating our mission in this video. Kim is on the front line and speaks to families who need help all day, every day. Between her knowledge of the financial assistance program and Katie’s gratitude, I think you can really tell that Kosair Charities is a special place, not only for the staff but for the families we serve as well.”

This was a choice crafted with intention, says Myers, explaining, “Within the first 15 seconds, the introduction frames the video’s purpose. This allowed me to focus on developing the audience’s connection with Sloane and her mother for the rest of the video.”

A Testimonial to Remember: Showing Individuals Their Donations Can Make a Difference

For donors to feel inspired to offer support, first, they would need to feel connected to the cause — as well as the importance of their impact. “I wanted to help reassure donors that they are making a difference in people’s everyday lives. Their donations go directly toward helping kids like Sloane who really need the support; and I think the stirring aspect of the video moves the audience to feel closer to the kids they’re helping,” advocates Myers.

Myers produced the video, so that “each shot works together with the ones that follow to tell a full story.” For Myers, “showing the before and after is important,” so that he could save “shots of Sloane walking” to “build a viewer’s anticipation; maximizing the emotional reward when they get to see her walking.”

“I was surprised by how much Sloane was able to move around, when she was just beginning to use her new Trexo Robotic legs, but she didn’t want to stop. She was marching along like she’d done it her whole life, and I think that’s a testament to her resilience,” continues Myers, moved to have witnessed such an extraordinary moment from behind the camera.

Taking the Audience Through a Soul-Stirring Journey

“One of my favorite shots is when, with the help of her new robotic legs, Sloane stands; with Katie, her mom, right behind her, supporting her while a couple of Kosair Charities staff members hold out a toy in front of Sloane,” describes Myers, highlighting, “I like this shot a lot, because it shows that the team at Kosair Charities really cares about all of the kids that come through for assistance. The staff members knew Sloane by name and were so excited to see her; especially to see her walk for the first time.”

For Myers, zooming “in on the emotional, human aspect of this story” was paramount. After all, “Knowing that creating this video could make this moment possible for even more kids, is amazing. It really felt like I was helping to make a major difference,” says Myers, who remarks on what “a special experience” it was to “lead the video from its inception.”

Smith says, “Being there when they filmed the B-roll of Sloane walking was awesome but I left nervous that there was no way that we got any good footage; that people would be in the background, and you wouldn’t see any of the nuanced moments that occurred while they were getting the legs set up. When I saw the video for the first time, I was floored at how powerful the footage was. Robbie had captured every moment from the time we walked into the gym and had managed to edit out any staff, therapist, or family hovering in the background. He got the essence of how important these legs were for Sloane and how they will shape her moving forward.”

When Smith looks at the marvel of a program like the Kosair Kids Financial Assistance Program, she is moved by Sloane’s resilience and fortitude. “I don’t think most people would know that this video was shot within a week of Sloane getting her new Trexo Robotic legs,” says Smith, who shares, “She had only used them twice prior to filming and was still getting used to them. The day we filmed she took more steps than she ever had before.”

“Fast forward to now, Sloane is a pro with her legs and her head and neck control have improved immensely!” adds Smith, reflecting, “You can also see how encouraging and loving everyone around Sloane is.” Myers captured the dynamic between Sloane’s therapist, the Kosair Charities staff, as well as her parents and grandparents, and Smith felt glad to be among those present, “cheering her on!”

From Myers, the lead on this project, to Chuck Rogers, the Director of Video Production at Hatfield Media, Smith commends the complete professionalism of “the entire video team.” Smith explains that it is no small task that Hatfield was able to put Sloane’s mom, Katie Grant, “at ease when filming,” adding, “It is a lot to ask Kosair Kid families to share their stories. It can be emotional and being on camera is outside of the norm for most. Hatfield makes the situation so comfortable and easy, and because of that we can tell incredible stories.”

Ultimately, “The results were beyond what I imagined. We showed the video at our Pie Auction event in November, and despite seeing the video through filming and editing it still brought tears to my eyes. The event raised a record amount in 2021, over $148,000, I think Sloane’s story/video had a lot to do with that,” believes Smith, affirming that when it comes to the finished outcome, “We LOVE it! We have used it at events, and had it shortened to use on social media and during presentations. This video will be used as a way to bring awareness to the Kosair Kid Financial Assistance Program for a long time.”