The Kentucky International Convention Center, located in the heart of downtown Louisville, is a top tier exhibition venue and a notable hub for networking, business, and celebration. Managed by the Kentucky State Fair Board, an agency branch of Kentucky Tourism’s Arts and Heritage Cabinet, the KICC is the premier center to host your next event, trade show, seminar, or conference. Every detail of the KICC focuses on delighting attendees with a full range of modern amenities, making you “the star of the show.”

Originally established in 1977, KICC closed in 2016 for a major expansion and renovation. The decision to close the convention center during the overhaul took into account the safety and quality of visitor experience, as well as making a conscious effort to reduce construction time and conserve funds.

After two years of construction and development, KICC held its grand reopening in August of last year. The $207 million renovations project resulted in a revitalization of the space and a new, fresh experience for attendees. The convention center’s space, which was once broken into two levels, has been condensed to one level, with the intention of attracting larger shows. The renovation project also expanded the exhibit space by more than one-third— from 146,000 to 200,000 square feet— and the ballroom increased by 10,000 square feet, up to 40,000 square feet with LED walls, and a 175-seat conference theater.

In terms of aesthetics, KICC underwent a major remodeling from the once fashionable brutalist architecture style to a modern, sustainable design that promotes energy and water efficiency. The new KICC’s use of glass for increased natural lighting creates an open-air environment in both the interior and exterior of the building. 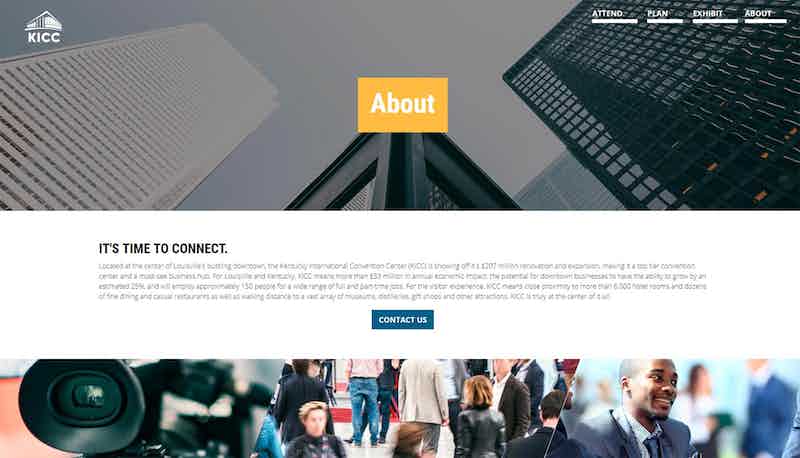 For Louisville and the greater state of Kentucky, the new KICC makes $53 million in annual economic impact and has created the potential for downtown businesses to grow by an estimated 25%. Approximately 150 new jobs, both full and part-time in various industry positions, resulted out of the re-opening.

For the visitor experience, the KICC is in close proximity to more than 6,000 hotel rooms and dozens of fine dining and casual restaurants. Hotel bookings connected to events at the convention center for the 2018-2019 season are already 20 percent higher than in 2015, the last full year the center was open.

KICC’s location on South 4th Street quite literally routes visitor traffic to Louisville’s top attractions and local fare. Within just a couple of city blocks, attendees and visitors can experience famous Louisville attractions, such as the home of Muhammed Ali, Churchill Downs, the Big Four Bridge, the Louisville Slugger, as well as a vast array of other museums, distilleries, and local shopping options.

With a flexible, state-of-the-art venue that can accommodate dynamic events large and small, an experienced team of event professionals, and an unwavering commitment to excellent customer service at every point of contact, the Kentucky International Convention Center will make your event the best it can be.