The Kentucky Race Track Chaplaincy is an interdenominational ministry serving workers at Kentucky's race tracks and horse training centers. Hatfield Media was privileged to work with this organization to promote their purpose and share their story. Along with building their website, our team recently released a video produced to raise awareness at their 2020 Race for Grace Campaign.

THE BACKSTORY OF THE BACKSIDE

Founded in 1972, chaplains have been serving at Kentucky’s race tracks through the Race Track Chaplaincy of America, a non-profit interdenominational organization. Formally established in 1989, the Kentucky division of the chaplaincy serves most of the major race tracks in the state of Kentucky; as well as one located in southern Ohio. Often described as the ‘Backside Ministry,’ the faith-based work helps to meet the needs of all workers involved in horse racing, predominantly focused on what is known as the “backside” of the tracks.

President of the Kentucky Race Track Chaplaincy and retired Hall of Fame jockey Pat Day, says, “The mission is quite simply to share the gospel. I call it a ‘ministry of presence.’ Our chaplains walk through the barn area during training hours. They’re a very visible presence, not to interrupt the work but to cultivate relationships with the racetrack personnel. We provide for material needs but most importantly offer help and hope through the cross of our Lord Jesus Christ. Our desire is to see lives changed by the Lord and those whose hearts are won to Christ take that back to the workplace and share it with others.”

There’s a sense of family among the race track workers on the backside of the tracks, similar to little communities. In an effort to be that extended family, the chaplaincy provides an emergency food pantry, clothes closet, and assists with transportation for necessities. Striving to also meet their spiritual and emotional needs, the ministry also offers daily interaction with workers in the barn area and around the track: weekly worship services and Bible studies; Christ-centered activities that promote fellowship; baptism, marriage, and funeral services; as well as individual counseling. 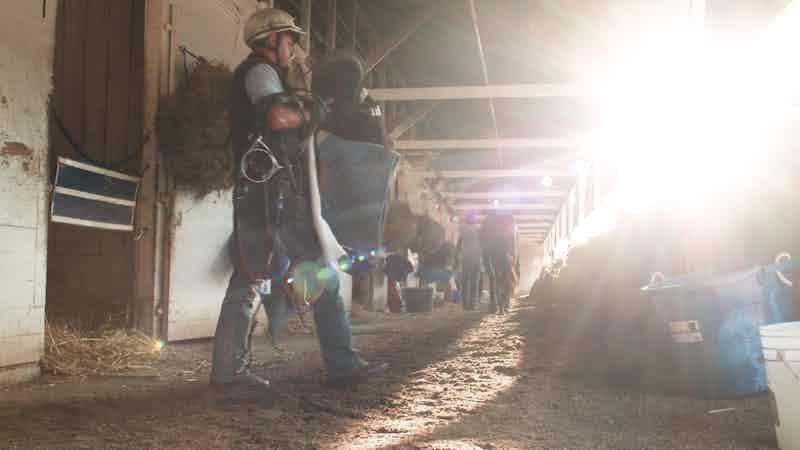 Every year on the Monday evening before the Kentucky Derby, the Chaplaincy holds a fundraising dinner. The annual ‘Race for Grace’ event is an important source of ongoing financial support for the chaplains’ outreach and ministry. This year, due to the pandemic, the Race for Grace event had to be cancelled. However, the ministry continues, thanks to the benevolence of supporters.

“The Race for Grace is our main fundraiser. We get the bulk of our budget from it and continuing support throughout the year, but that is our single most impactful fundraiser," says Day. “Having to cancel it this year was a hit to our budget; but despite that, our chaplains are still out there, the race track personnel is still active, and the horses are still getting care. The chaplains continue to care for the physical and spiritual needs at Churchill Downs. We are incredibly grateful for the way our supporters have stepped up to the plate during these turbulent times.”

As an official sponsor of the Kentucky Race Track Chaplaincy, Hatfield Media was more than enthusiastic about working with them to produce a video that would further awareness at the Race for Grace event. The video was to be shown at the event in an effort to raise funds, benefiting the chaplaincy ministering to the people on the ‘backside’ of the racetracks. “It was all very professional. The video team did great, and my time spent with them at Churchill Downs was most enjoyable. Great conversations and interactions with the crew,” said Day.

The video highlights the people that are otherwise unseen in an effort to show the people in the stands what life is like behind the scenes. “There’s a lot of need; and the people providing the entertainment we see on Derby day deal with a lot of issues that we don’t see,” Bryce Ury, Video Producer for Hatfield Media said. “It doesn’t meet the expectation. The video asks you to go, not where your eyes want to go, by following the horses; but to follow the people.”

“In the first shot, you see the horses leaving the stalls; and usually the camera would stay with the horses, but the decision was made to let the horses leave the frame and for the camera to stay on the people,” Isaac Harrison, Video Producer for Hatfield Media, said. “That shot represents what the video is about; looking past the spectacle of the races to see the people on the backside and hopefully get a glimpse into their lives." At the end of the video, you follow the shot back to the horses; but end up on the people watching in the stands. “Hopefully the people watching can come to a point where they realize how much goes into each race, not just the entertainment it offers; but to see the people’s lives and the human needs that the Chaplaincy helps fill," says Harrison.

While telling a story that spanned many different lives and backgrounds, our team took care to respect each race track personnel member we interviewed, while they spoke of the very personal impact this ministry has had on their lives. It was often the off-hand comments that revealed those vulnerable details in an organic way, and we enjoyed creatively incorporating those into the interview footage. “Hatfield Media did an excellent job with the video, and it was a wonderful experience for me and all that were involved. On behalf of the Kentucky Racetrack Chaplaincy, we are extremely grateful for the job that they’ve done,” said Day.

Working with the Kentucky Race Track Chaplaincy was a privilege for Hatfield Media. Our company supports the vision and mission of their organization and are proud to aid their endeavors in 2020 and beyond. “My experience with Hatfield Media has been a wonderful experience. They’ve done an excellent job, and the video certainly showed the work that we’re doing and the difference that we’re making in the lives of the racetrack personnel,” said Day.

The Kentucky Race Track Chaplaincy has partnered with an online platform called Fanticipate. Every year they would auction off the halters worn by Derby participants. Because the banquet was cancelled, we are auctioning them off online. The auction is open until post time Derby day. To participate, visit: fanticipate.com/group/RaceforGrace. Bidding ends at 6:30 p.m. EDT Saturday, September 5th.

The Kentucky Race Track Chaplaincy, Inc. is a 501c(3) organization whose outreach and ministry activities are made possible by donations from supporters like you. All gifts are eligible for tax deductible consideration. Your support allows the chaplaincy to assist with the spiritual, physical, and social needs of those working on the backside of thoroughbred race tracks and various training centers. 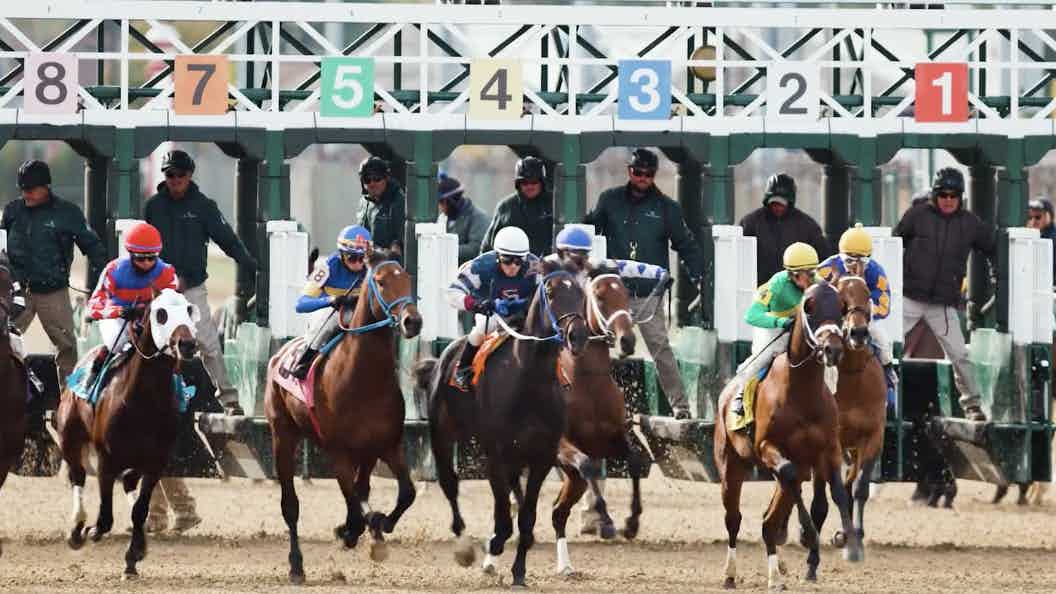 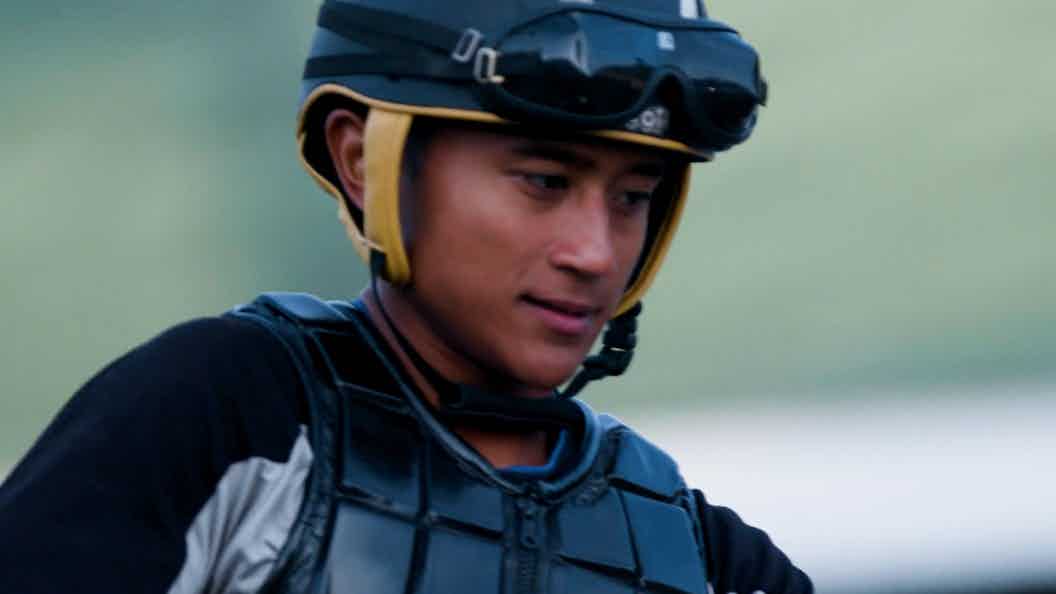 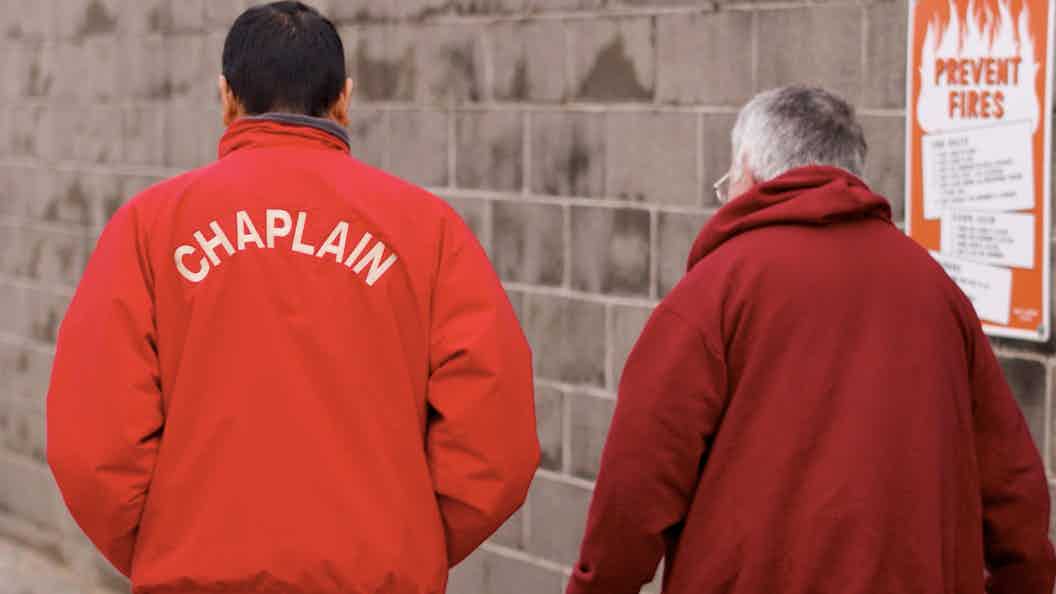 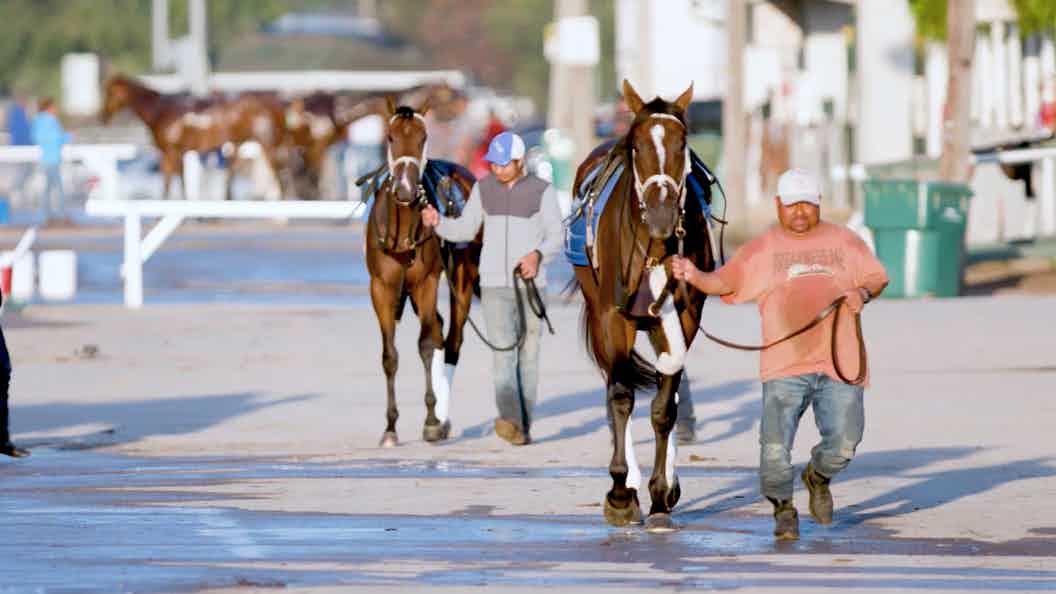